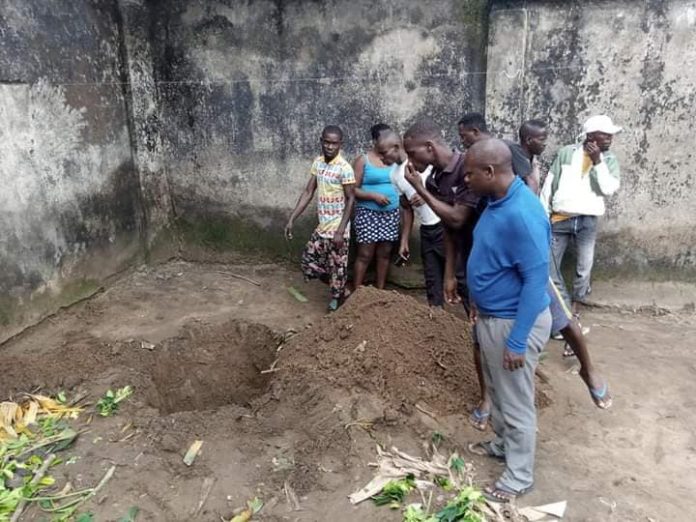 People became suspicious when the pastor’s children complained that they hadn’t seen their mother after she had a quarrel with their dad.

A pastor in Akwa Ibom State, Nigeria’s South-south, has been detained by the police for allegedly killing his wife.

The incident happened at a village called Ikot Ataku, Okon, in Eket Local Government Area. The pastor has been identified as Chris Enoch, the founder of Omega Word Global Ministries.

He is from Ebonyi State, Nigeria’s South-east.

The youth president of Okon Clan, Effiong Johnson said on Wednesday night, that Mr. Enoch killed the wife, Patience, seven days ago and buried her corpse in the shallow grave inside their gated compound where they have been living with their five children.

The eldest child is 15 years old.

Mr Enoch’s church has been operating inside the same compound which is rented.