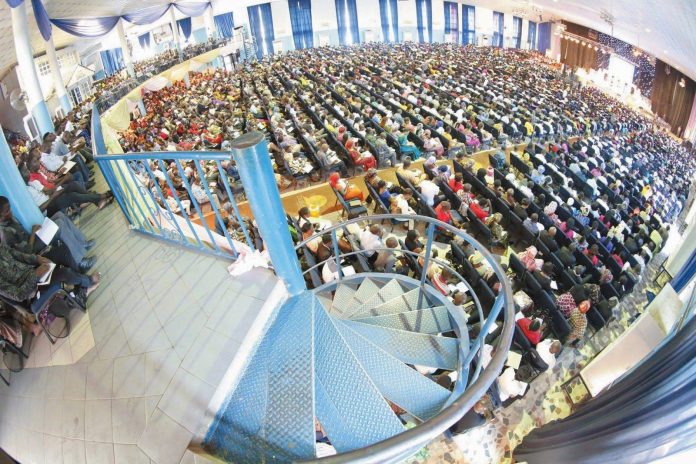 At our parish in the Redeemed Christian Church of God in Abuja, our pastor declared the month of May as the month of GRACE. Defined as God’s unmerited favour, the doctrine of Grace could be exciting, raising our expectations from God to high heavens. However, at one of our ‘Digging Deep’ Tuesday Bible Study, one sister asked a question that aligns with the impression many Christians have about Grace.

“Why is it that Grace covers the sins of some Christians, but does not cover the sins of others? We hear that in spite of the short-comings of some men of God, they enjoy God’s grace. Why is it so?”

This question changed the mood in the auditorium. The Bible Study teacher had talked about accessing God’s favour, emphasizing the opportunity we have through Hebrews 4:16, which says “Let us therefore come boldly to the throne of grace, that we may obtain mercy and find grace to help in time of need.” He didn’t refer to the general notion about Grace – that sins and shortcomings are overlooked by God because of Grace. So, we hear of born-again Christians who harbour anger, wrath, lies, adultery, fornication, stealing, etc and still operate in the power of God because of the measure of God’s Grace upon their lives. There is no scripture that supports this teaching. None!

To those misled into this thinking, the immediate reference is the story of David who took Uriah’s wife Bethsheba and worsened his wickedness by sending Uriah to the dangerous zone in the war front to be killed. The misled Christians argue that in spite of his grievous sin, God forgave David and used him greatly. Unfortunately, this is a wrong reading of the scripture. Totally erroneous!

Let’s look at 2 Sam 12: 13, 14 to hear what Nathan told David: “And David said unto Nathan, I have sinned against the LORD. And Nathan said unto David, the LORD also hath put away thy sin; thou shalt not die. 14] Howbeit, because by this deed thou hast given great occasion to the enemies of the LORD to blaspheme, the child also that is born unto thee shall surely die.”

If we read further, we’ll discover that though God’s Hand was upon David, he did not escape God’s punishment for the evil he did. First, the child born out of that evil intercourse with Bethsheba died, in spite of the fact that David covered himself with ashes and fasted for the child to live. Secondly, Absalom, David’s son did the unthinkable abomination by sleeping with David’s concubines in the full glare of the people of Israel. Thirdly, there was sword in David’s house for generations. This shows that the Grace of God upon David did not cover the sin of adultery, murder and wickedness.

However, let’s consider why God did not allow the child born out of the adultery David committed with Bathsheba to live. The book of II Samuel 12:14 says, “Howbeit, because by this deed thou hast given great occasion to the enemies of the LORD to blaspheme, the child also that is born unto thee shall surely die.” This means, David blasphemed God by committing this sin. A man who claimed to know God; a king raised by God and saved from life-threatening battles by God, is said to have blasphemed God because what he did brought God to disrepute.

What is blasphemy? The Merriam-Webber dictionary defines it thus: “Blasphemy, in a religious sense, refers to great disrespect shown to God or to something holy, or to something said or done that shows this kind of disrespect…” Therefore, if a Christian engages in sin, he or she disrespects God, and he shall not go unpunished. There are many examples of so-called men of God who engage in sexual immorality secretly, but God removed His glory from them and ensured they were punished. Some lost their ministry and congregation; others have been sent to jail. Some died disgraceful deaths; other lived with incurable diseases and sorrow. These and much more are the portion for Christians who do evil but foolishly invoke the doctrine of Grace.

Apostle Paul who discussed Grace extensively made it clear that this unmerited favour and sin cannot cohabit in a Christian. He says in Titus 2:11 – 13 that “For the grace of God has appeared that offers salvation to all people. It teaches us to say “No” to ungodliness and worldly passions, and to live self-controlled, upright and godly lives in this present age, while we wait for the blessed hope—the appearing of the glory of our great God and Savior, Jesus Christ, who gave himself for us to redeem us from all wickedness and to purify for himself a people that are his very own, eager to do what is good.”

As Christians, we have the privilege of accessing God’s Grace, but not the Grace to continue in sin, which leads to death.