The Christian Association of Nigeria is deeply shocked and saddened by the unfortunate wastage of lives of fellow young Nigerians who were protesting unarmed against the brutal treatment and killings of Nigerians by the Special Anti Robbery Squad of the Nigeria Police Force  on Tuesday, October 20, 2020 at Lekki Tollgate in Lagos State. Though the military has denied being responsible despite the video and eye witness accounts, their presence at the scene of the incident did not help their matter. Whoever ordered the shooting of unarmed citizens on legitimate protest in a democracy for whatever reason had crossed the red line and had caused more pains for this nation and many parents of these young, promising Nigerians who would have been Nigeria’s future glory.

In very strong terms, CAN condemns the dastardly and callous act. It was a minus for our democracy and a scar to be remembered for ever.
On the other hand, we appeal to all Nigerians that the arson, wanton destruction of property, infrastructural facilities that have followed the killings, (though one understands that they came out of the provocative killing), should stop because it would further inflict pains on fellow Nigerians who are either working in those facilities or deprive them the benefits which those facilities are providing on daily basis, especially, to mention just but one, the BRT buses which are providing ease of movement to Lagos workers on daily basis. Ours is a special appeal as spiritual fathers, priests and prophets to the nation for calm to allow comprehensive peaceful resolution of this situation.

An adage says, ‘cutting of one’s head can never be the right medication for headache.’ From the side of the government, let there be humility that the response to the protest by what happened on Tuesday night at Lekki Tollgate was not good at all. In humility, let the government, (especially, Mr. President) speak soft words to the nation to calm nerves and assure all Nigerians that this type of action will never happen again and that the government would act with dispatch on all agitations of the youths.
The government is as well advised to bring the trigger happy uniformed men who killed the people to book to ensure that those whose lives were wasted got justice. Furthermore, for effective dialogue, all the relevant stake holders, especially, opinion leaders such as the traditional rulers, the religious leaders and the leaders of different youth groups and civil societies, etc, should be called together to proffer solution to this great threat to our nationhood. Wisdom is required and urgently too so that things might not deteriorate further.

We send our condolences to all the families who had lost their loved ones prematurely in this unfortunate incident. We pray for the comfort of the Holy Spirit for them all.
Finally, we advise the government to compile the list of those killed nationwide during this protest, especially those shot dead on Tuesday and compensate their families as a way of identifying with them and ameliorating the pains of the irreparable loss.
It is our prayer that our country would rise from this terrible experience to be a better nation where the law enforcement agents are humane and thoroughly professional in the discharge of their duties and our democracy becomes a democracy bringing the dividends of growth and prosperity to all in the nation.We shall not cease in praying for our leaders and our beloved nation Nigeria. 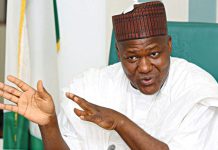 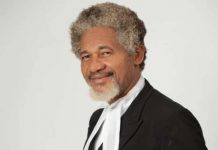 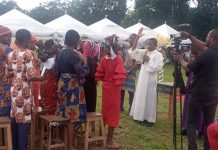 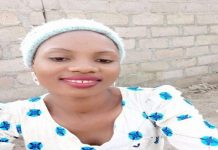 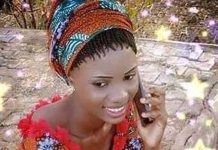 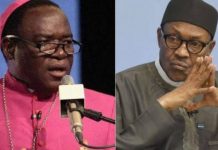